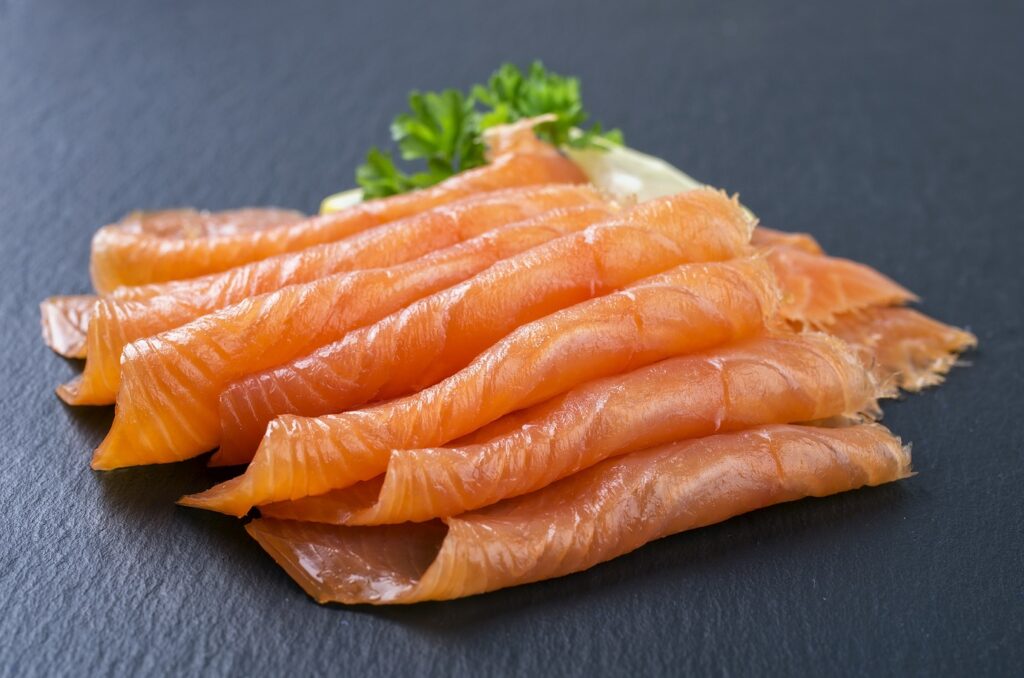 Spirulina or Arthrospira is cyanobacteria that can be consumed with humans. Spirulina was used as a dietary supplement for astronauts on space missions by NASA and became popular afterwards.

IFF-Dupont recently announced a partnership with SimpliiGood to develop the first smoked salmon substitute from Spirulina.

According to the company “The plant-based salmon-like cut is uniquely crafted to take on the appearance, color, texture, and flavor of smoked salmon, yet without the ocean pollutants that living fish are commonly exposed to. These include compounds such as mercury, fossil fuels, and industrial waste. Composed of 100% pure, fresh, minimally processed spirulina, it is a clean-label product and is 40% complete protein”.

While SimpliiGood is reported to provide the raw material and texture qualities, IFF-DuPont will enhance flavor and aroma for the product. The companies are projecting that the product will hit the market by the end of 2023.