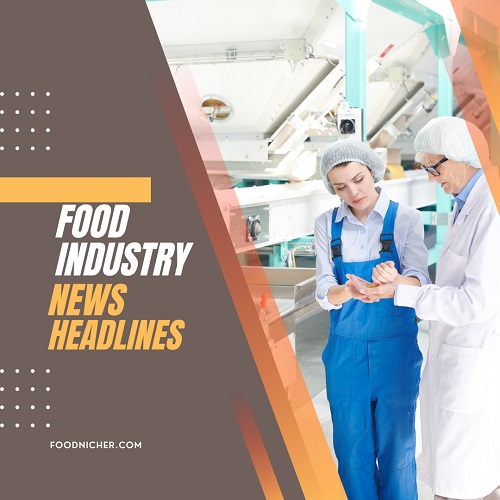 The United States Food and Drug Administration has announced steps to reduce the quantity of lead in single-strength, ready-to-drink apple juice and other juices as part of its broader action plan to curtail exposure to harmful elements in food.

Coca Cola and Others to Pay $21 Million Over False Advert

Coca-Cola and other parties have agreed to a $21 million payout to settle lawsuits for adverts that falsely claimed their Fairlife ultra-filtered milk came from humanely treated cows.

Mars Inc. has entered a multi-year agreement with AI firm PIPA to use its proprietary LEAP AI platform to speed up the discovery and development process of new plant-based ingredients for human and pet food. According to PIPA, LEAP combines data from over 22 million published papers and more than 60 knowledge bases and semantic networks.

Brazilian Agrictech company, Solinftech has raised $60 million in funding to expand its operations in North America and extend its product range to cover other types of crops. New York-based Lightsmith Group led the funding round with a $23 million investment. The round also attracted investments from Circularis Partners, Unbox Capital, and other investors.

Tate & Lyle has completed the acquisition of most of the assets of Richmond-based chickpea-based ingredients manufacturer Nutriati. According to Tate & Lyle, the acquisition perfectly complements the company’s existing ingredient portfolio and solidifies its support for healthy living.

Ahead of its Series A financing, carbon-neutral food company, Neutral Food has closed a funding round from celebrity investors. David Adelman of Darco Capital led the funding round with the participation of stars like LeBron James and Maverick Carter, his business partner. Questlove, John Legend, Carlos Bocanegra, Kevin Love, Tobias Harris, Emily Ratajkowski, and Sebastian Bear-Mclard complete the start-studded list of investors.

BIOMILQ has joined the list of companies aiming to produce human breast milk outside the human body to solve lactation problems in nursing mothers. The North-Carolina based startup uses cells found in human milk and breast tissue to make its product.

Study Shows Meat Grown from Fungus Could Save Forests

According to a study published in the journal Nature, replacing one-fifth of the beef we consume with alternative beef made from microbes like fungi could reduce deforestation by 50% globally and reduce greenhouse emissions and biodiversity loss.

Consumers may Switch to Chicken as Beef Prices Rise

Although the rising price of meat has had no negative impact on demand, consumers may be forced to switch to chicken when selecting their animal protein. While beef prices have increased by 16%, the price of chicken has only increased by 13.2%.

Fast-food giants Mcdonald’s and Burger King are facing lawsuits for their use of PFAs in their packaging. The lawsuits came after the United States Environmental Protection Agency announced its plan to regulate PFAs and restrict their use last year.

MycoTechnology has sealed an agreement for a partnership with Oman Investment Authority to use dates locally grown in Oman to produce high-quality mushroom-based protein. The joint venture is expected to bring food security to Oman and the Middle East.

NUTRIS has opened a fava bean isolate producing factory in Novi Senkovac, Croatia. NUTRIS, in conjunction with SiccaDania, invested €30 million in the new facility, described as the first of its kind in Europe.

President Joe Biden will host a conference to end hunger and improve nutrition across the United States in September. The conference will be the first White House conference on food insecurity in five decades.

Testing in Australia has confirmed Cronobacter contamination in a batch of Nutricia infant formula. The contaminated formula is a specialist formula only available under prescription for infants with special nutritional needs.

This news headlines was complied by Ibrahim O